TBA
Hige wo Soru. Soshite Joshikousei wo Hirou. (ひげを剃る。そして女子高生を拾う。, Higehiro: After Being Rejected, I Shaved and Took In a High School Runaway), or simply Higehiro (ひげひろ), is the anime adaptation of the Japanese romantic comedy light novel series of the same name, originally written by Shimesaba. The anime television series by project No. 9 will premiere on April 5, 2021. The series is licensed in South Asia and Southeast Asia by Muse Communication. Crunchyroll licensed the series outside of South Asia and Southeast Asia.

Yoshida, a 26-year-old salaryman, is on his way home from a night of drinking after being dumped by his unrequited love. He bumps into Sayu, a high school girl, who is sitting by herself on the side of the road. Drunk as a skunk, Yoshida unconsciously puts Sayu, who has no place to stay, up for a night. The next morning, he wakes up to a delicious smell of miso soup.

“Who the hell are you?! Why is there a high school girl in my room?”

“I asked you to let me stay in your room and you agreed. You said, ‘Miso soup. Make me miso soup every day and I’ll let you stay’.”

Sayu has run away from home and has nowhere to go, so he can’t bring himself to kick her out. Yoshida allows her to live with him on the condition that she does some housework. The delicate dynamics between the runaway high school girl and the salaryman are both frustrating and warm. Their mysterious life together has begun. 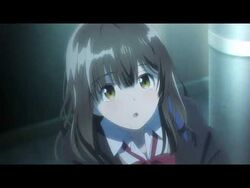 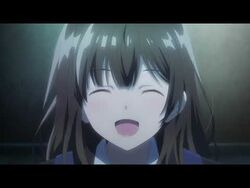 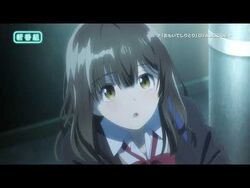 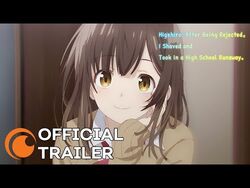 Higehiro- After Being Rejected, I Shaved and Took in a High School Runaway - OFFICIAL TRAILER
Higehiro Official Trailer by Crunchyroll 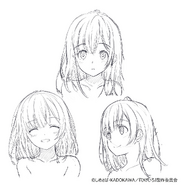 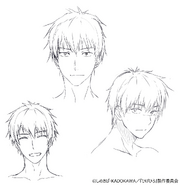 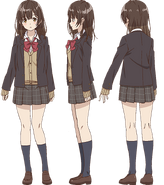 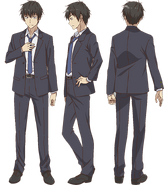 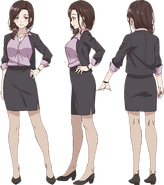 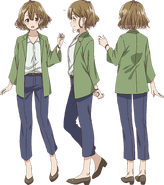 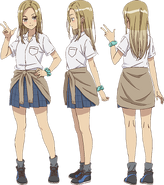 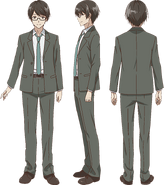 The main cast at the KADOKAWA Light Novel Expo 2020.

Retrieved from "https://higehiro.fandom.com/wiki/Hige_wo_Soru._Soshite_Joshikousei_wo_Hirou._(Anime)?oldid=3270"
Community content is available under CC-BY-SA unless otherwise noted.